Monday or Tuesday; With Woodcuts by Vanessa Bell / Virginia Woolf

Book
Bound for Beauty #73 91, [1] p. : woodcuts Note: One page advertisements for other Hogarth Press works at rear First edition of this collection of 8 stories, limited to 1000 copies. With four woodcuts by Virginia's sister, Vanessa Bell, with the usual offsetting to adjacent pages. The book is the only collection of Virginia Woolf's short stories that appeared during her lifetime. The experimental style was a stark departure from her earlier realistic prose and was not well received critically. Woolf anticipated this reception in a diary entry shortly before the collection's publication: "Then in the Westminster, Pall Mall, other serious evening papers I shall be treated very shortly, with sarcasm. The general line will be that I am becoming too much in love with the sound of my own voice: not much in what I write: indecently affected; a disagreeable woman." (Virginia Woolf, The Diary of Virginia Woolf, Vol. II, London: The Hogarth Press, 1978, p.98.) The book also has the distinction of being, in Leonard Woolf's own words "one of the worst printed books ever published" because of the typographical mistakes in it. Most mistakes were corrected for the subsequent US edition published by Harcourt and Brace., Vanessa Bell (30 May 1879 - 7 April 1961) was an English painter and interior designer, a member of the Bloomsbury group, and a frequent designer of book jackets and illustrations for The Hogarth press. Contents: A haunted house -- A society -- Monday or Tuesday -- An unwritten novel -- The string quartet -- Blue and green -- Kew Gardens -- The mark on the wall. 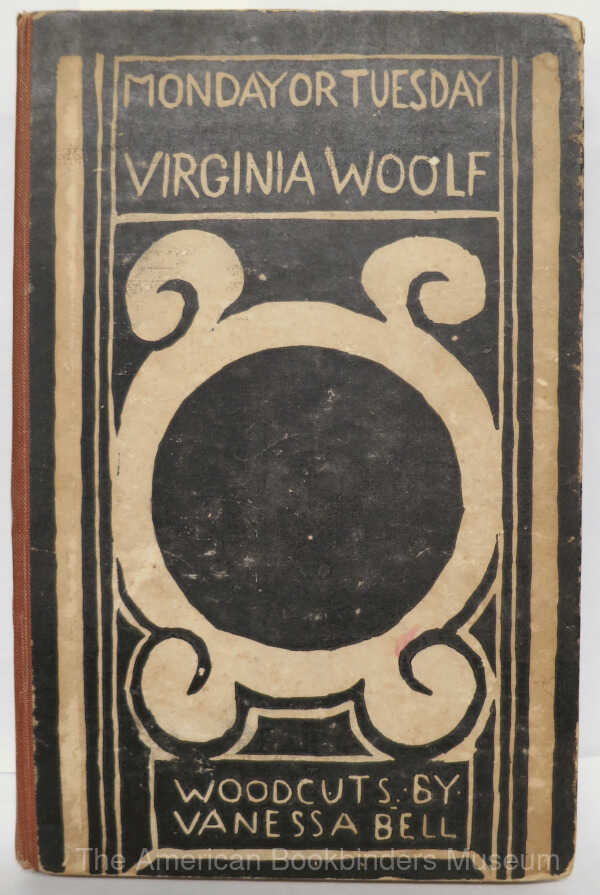