Alphabets to Order: the Literature of Nineteenth-century Typefounders' Specimens

Book
213 p. : ill. Includes bibliographical references (pages 201-206) and index. "Alphabets to Order provides a survey of an overlooked artform - the literary output of the anonymous craftsmen who set type specimen books during the typefounding boom of the nineteenth century." "Combining typographic scholarship and literary criticism, Alastair Johnston explores the apparent randomness of the texts that typesetters used to show off their typefaces. Discussing hundreds of examples from British and North American specimen books, Johnston shows that the typefounders' 'nonsense' reflected their interests and preoccupations from the arcane to the mundane. Through this new lens, we see that the specimen books had plenty to say about the reading habits, politics, amusements and whimsies of the day." "Johnston argues that the typefounders' specimens are of significant literary interest as well. Playing both with words and with the graphic shapes of the letterforms, these nameless pioneers trod paths later explored by concrete poets, book artists, dadaists, performance artists, and other experimenters with literary form." "Alphabets to Order is for anyone interested in vernacular art, typographic history, or literary studies, combining all three in a fresh expose of a new class of cultural hero - the worldly wise typesticker."--Jacket. 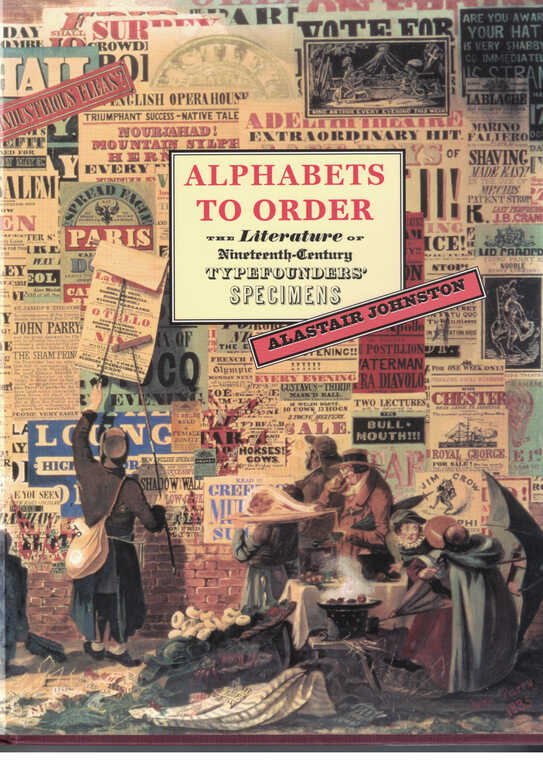 Inscription on dedication page: "To Deke & Joanne / with love from / the author" and "DEEP MINES / Treasures Concealed"