Book
Bound for Beauty #61 2 volume set. 1155 p. : ill. Extensively illustrated with black and white woodcuts in decorative frames, headpieces, tailpieces and initials by Fairfax-Muckley who worked with William Morris during the early stages of the Kelmscott press and its famous Chaucer edition. "The Faerie Queen disposed into Twelve Books Fashioning Twelve Morall Vertues." Volume 1: First, Second, and Third Bookes. Ending with page 575. "Here endeth Booke Three." Note that the title in Volume One, and also the date have not been printed on the title page - they have been left blank. In Volume Two, they are printed in red. Volume Two: pages 579-1156. Includes Glossary (pp. 125-1156.) This late nineteenth century edition draws its style from the contemporary Pre-Raphaelite movement. The work is influenced by William Morris, Howard Pyle, and N.C. Wyeth. "Here endeth the Faerie Queene of Edmund Spenser, the re-imprinting of which was begun by Turnbull & Spears in Edinburgh on the fifth of May mdcccxcvi and finished on the thirteenth day of August mdcccxcvii. (May 5. 1886 and August 13, 1897.) Published by J.M. Dent at Aldine House, 69 Great Eastern St. and S. James's St., London. This edition limited to 100 copies on handmade paper and 1250 ordinary copies, for England and America, after printing which the type has been distributed." (disbursed) This is one of 1250 copies. 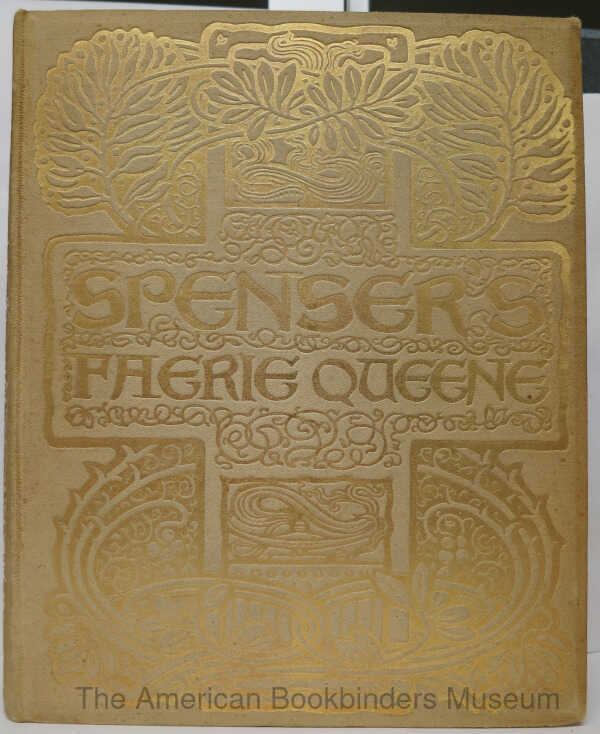 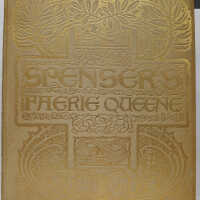 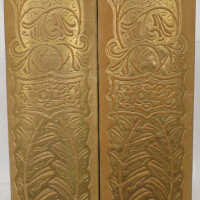 Bound in cream silk over board with elaborate gilt decoration to cover and spine. "Spencer's Faerie Queen" to front board.